Gym is open! Fitness and nutrition coaching is also being delivered online to stop the spread of COVID-19. Learn More

by: Daisy Alvarez (courtesy of the CrossFit community website) 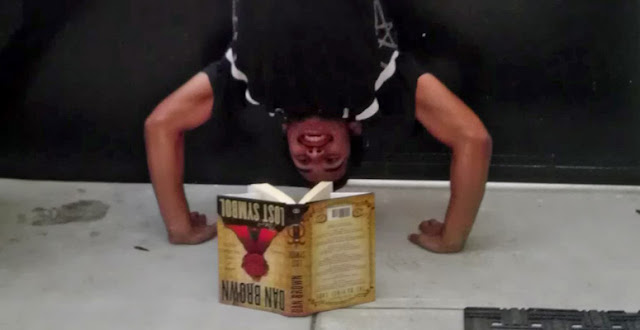 I needed to change for myself and for my health.”

At one time, the odds seemed to be stacked against Joseph Ayala. He was “born chubby” and his mother claims to have eaten a whole pie the day before his birth. Ayala was a big kid and grew into an even bigger teenager.
His mother would “tell me to eat my veggies, but I never did,” he says. “If I was full, I just ate more.”
At age 16, he was 250 pounds and wore size 40 pants at a height of 5 foot 8 inches. In school, Ayala was quiet, shy and embarrassed about his size. He was depressed and had low self-esteem. He wore big, old sweaters and remembers his P.E. teacher ridiculing him and calling him fat.
One day Ayala reached his breaking point. He was tired of being overweight, not fitting into clothes and being ashamed about the way he looked. He wanted to look good and to be able to do a push-up. “I needed to change for myself and for my health,” he says.
The 16-year-old joined a small mom and pop gym and started lifting weights. “All the pictures in the gym showed people lifting weights,” Ayala says.
But Ayala rarely broke a sweat and his diet was unchanged. He started to ride his bike everywhere and the pounds began to slowly come off, but nothing really happened until he talked to Ben Yiapan, a trainer at the gym.
Ayala asked Yiapan to help him train. Yiapan was reluctant, but agreed to train him once. If Ayala did not come back the next day he was finished. After that first day, Ayala says he could barely move. But he was back the next day.
Yiapan started managing the gym and moved away from training. But he kept track of Ayala’s progress, talking to him and checking in regularly. This kept Ayala motivated. “If I stopped, then I would be right back where I started,” he says.
After he saw CrossFit on ESPN2, Yiapan told Ayala, “It’s for you.” He checked out the local affiliate — CrossFit City of Angels — and told Ayala to call the owner, Pete Roulet.
Since City of Angels did not have a CrossFit Kids program, Ayala would have to wait until he was 18 to start training there, but Roulet introduced him to CrossFit.com and told him to pick the workouts he could do.
At that time, Ayala was picking up momentum. His weight was dropping and his diet was on track. His mother and brother were in full support of his lifestyle changes and started eating better and exercising, as well. Ayala rode his bike everywhere, did the main site workouts, reported back to Roulet and Yiapan and trained for the day he could join City of Angels.
Motivation wasn’t a problem. People were starting to notice the changes and Ayala gained more confidence. He had Yiapan and Roulet to help him stayed focused, he says.
Today, Ayala has two homes — the one he shares with his mother and brother and CrossFit City of Angels. His brother lost 25 pounds and his mother walks their three dogs nightly and hikes with them on the weekends. At the gym, Ayala is family. “Because I am the youngest, people push me so hard. They say, ‘Imagine what you will be like at 24. A beast!’”
Ayala’s weight loss also led to a loss of physical inhibitions. “CrossFit has shown me things I didn’t even know my body was capable of doing … I love handstand push-ups, and never in my life did I think I would be able to do one,” he says. “My motivation now comes from the respect I get from people for what I have achieved. I love seeing old friends and teachers’ jaws drop after seeing the transformation I have made.”
Now, at age 18, Ayala goes to college and works full time at Kaiser. He still rides a bike everywhere and eats only veggies and protein. He weighs 158 pounds and wears size 30 pants. He is outgoing and talkative. “It gives me the chills,” Ayala says about his progress.
As a result of his lifestyle changes, Ayala wants to share what he learned. “One of the things I see myself doing in the future is helping out kids in my community, or even people that are older, to find the confidence to lose weight,” he explains. “It’s a struggle to lose, and I know that feeling. I want to change the perspective that some people have regarding weight loss and fitness.”
Link to original article – www.community.crossfit.com/article/winning-losing-joseph-ayala
Thanks Daisy for taking the time to write this, from all of us at CFCOA who see Joe overcoming adversity everyday.
www.crossfitcityofangels.com
POPULAR POSTS

How to Start a Fitness Routine in 2022

Adventure In the Month – August

Pete Roulet July 27, 2021
Schedule Your free intro
Talk with a coach about your goals, get the plan to achieve them.
Start Now

fill out the form below to get started!

Take the first step towards getting the results you want!

learn more about our membership options

Fill out the form below to get started.